What Is the Average Electric Bill?

The electricity bill will likely be one of your highest monthly utility expenses. On average, the typical American uses 41% of their home’s total energy on space heating and cooling, and 35% on appliances, electronics and lighting. Your apartment electricity bill will also be higher or lower depending on the number of people in your household; the state you live in; the number of appliances and electronics using electricity; and the size of your apartment.

The number of rooms in your apartment will have a significant influence on your utility bills, as well. For example, the average electric bill for one-bedroom apartments is roughly $94 per month if you live alone, but it could go up by $75 (in total) or more if you live with roommates in a three-bedroom apartment. To that end, if your roommates leave on their computers for 10 hours a day every day or love blasting the A/C, your total electric bill could be $60 more. Therefore, if you have roommates, consider using apps to help you split the bills — an easy way to save money.

The Effect of Roommates on Cost of Utilities

So we’ve been looking at the average costs of utilities for an average family, but how does having a roommate affect what you eventually end up paying?

If you are lucky, a roommate can help alleviate the burden of paying for utilities.

Having a roommate can also give you a chance to live in a neighborhood that you may otherwise not afford.

However, if you’re unlucky and end up with a roommate from hell, you may find yourself having more uncomfortable conversations than you want.

You can avoid the uncomfortable discussions if you’re willing to do the following before agreeing to move in with a roommate.

Agree Before Moving In Together 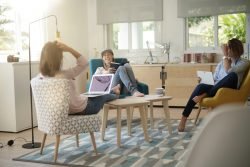 Roommates talking together in living-room

If you can’t have an open discussion with someone, then you’re not likely to be good roommates with that person. Good roommates are clear about their expenses and how each one will contribute to the costs and do their best to keep them low.

Yes, your roommate may be your friend, but you still need to have a formal agreement about your accommodation sharing arrangements and how you will pay the bills. If you think friends always live together in peace, then you haven’t seen those television judge shows that friends drag each other to when much love is lost.

So you met your roommate when they were single, but they fell in love during the course of your accommodation sharing arrangement? The new partner semi-moves into the apartment, and it all becomes a crowd. However, your roommate still believes their contribution should be the same as yours.  This example shows why it’s vital to create scenarios and be clear about how you would handle them when they present themselves.

If one of the roommates goes away for extended periods, say during university breaks, you may also need to discuss how this will be handled financially.

Other statistics on the topic

Heating and cooling usually make up 35%-40% of your energy bill. 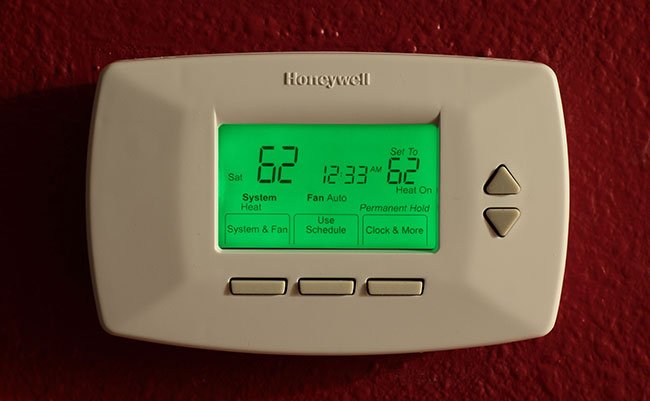 A few things to consider when trying to estimate energy costs…

Once you’ve figured all this out, here are some energy saving tips. 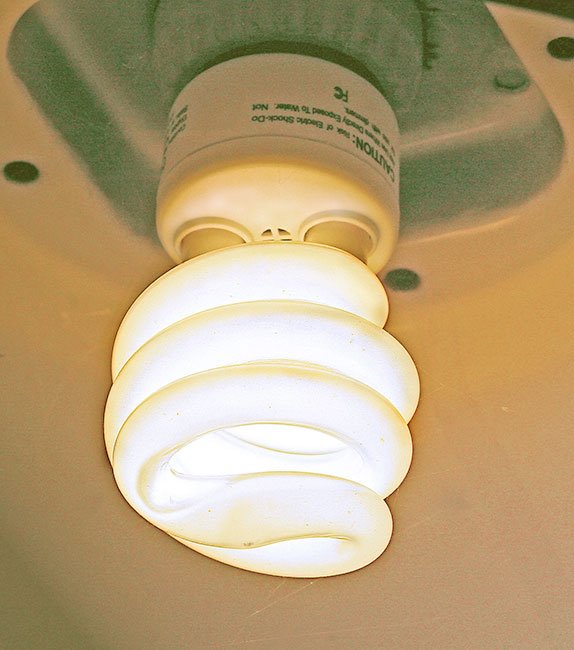 While many of the factors above are going to be largely out of your control, there’s plenty you can do to save energy when it comes to heating and air conditioning.

But what if your place hasn’t gone all-electric?

How Much Is the Natural Gas Bill in Texas?

A lot of people rely on natural gas for heating their houses and apartments. Not all people do, though. Around 70% of people use natural gas furnaces to heat their homes, the other 30% mainly being electric furnaces, especially in northern states. The situation is a little bit different in Texas. Since Texas’s climate is warmer overall than most other states, high-performance natural gas heaters aren’t needed as much as in the northern states. As a result, electric heaters typically have the lowest upfront costs. This is why only 40 percent of people living in Texas opt for natural gas heaters . Still, 40% of Texas is a lot of people, and those people typically have to pay a natural gas bill of $110.58 on average , which is pretty good compared to other states and the US average. In fact, Texas ranks the 12th lowest according to natural gas prices.

Some homes have relatively poor heat insulation, which puts more pressure on the heating system to keep up with heat seeping into the house in the cold months and effortlessly out of the house in the hotter summer months. As you might expect, having good heat insulation installed can significantly reduce the amount of energy needed to heat or cool the house. The Environmental Protection Agency (EPA) says that people can save 15% of all heating and cooling costs by adding quality insulation in the crawl spaces and attics , saving the average Joe about $200 every year.

From a studio apartment to a 4-bedroom apartment, here’s how much you can expect to pay for natural gas monthly:

Typically, your electrical bill and natural gas bill will be lumped together. If you want to dive deeper into what your bill summary would be, you can head to your utility provider’s website. There, you’ll find a quick overview of how much gas and electricity you’ve used.

How Much are Utilities in an Apartment with Four or More Bedrooms?

With four or more bedrooms you’re looking at closer to $200- $300 per month for basic utilities, depending on the number of roommates. Cable won’t change much unless you all have different tastes. But you’ll likely want to invest in Wi-Fi with a higher bandwidth if you’re going to have several people and devices all using the same connection. That will run you an extra $50 to $100 per month. But if you’re smart and make sure everyone is frugal with the utilities you can easily get away with paying less than $150 per person if all of the rooms are occupied.

Use a calculator provided by Iowa State Extension and Outreach to calculate the suggested grocery spend based on the age and gender of your family members. For example, a family of four can anticipate spending around $650 each month on groceries.

How Much is the Average Water Bill?

The average monthly water bill is around $28 for a single adult and $116 per month for a family household.

Additionally, the average American is estimated to use 82 gallons of water a day at home. Combined, this data suggests that the average single American racks up a $.94 water use debt daily.

How to Save Money on Your Water Bill

Careless water usage can not only affect your water bill, but it can have detrimental effects on the environment.

Here's how you can reduce your water usage.

How Much Does Heating and Cooling Your Apartment Cost?

Nearly half of the money spent on an average electricity/gas bill covers heating and air conditioning costs. This averages to over $900 a year for the average American household.

Here's a few tips that’ll help you save big on your heating bill.

Granted, food costs will vary depending on where you live in Virginia. For instance, in the city of Ashburn food and grocery costs are 4.2% more expensive than in Woodbridge, Virginia.

You’ll also want to budget for nights out on the town, eating at the great restaurants the state has to offer. For a meal at an inexpensive restaurant, your bill will be around $15. A three-course meal for two at a mid-range restaurant will cost you around $60.

Non-energy-related utilities and their costs

Of course, there’s more to utility costs than just energy. How much are utilities in non-energy areas?

Homeowners insurance protects you from disasters like theft, fire, natural disasters, personal injury and more. Insurance premiums vary depending on where you live, the age of your home, the size of your home and the type of home you own. On average, Iowans are met with a monthly insurance payment of about $61 or a yearly fee of $734.

How Much Are Utilities in an Average Apartment?

The above costs listed are the national average and, therefore, merely give you a ballpark estimate of what you can expect to pay as a single adult. On average, most adult renters pay between $200 and $300 per month for all utilities. But your utility bills will vary drastically depending on the size of your apartment and the number of roommates you have. A single person in a studio apartment will have lower monthly bills than a group of 4 roommates in a duplex. But depending on how frugal each roommate is, you may be able to reduce costs by splitting the expenses with others. Here is a look at the total costs of utilities by apartment size.

Other Utility Bills to Consider

Electricity, gas, water, and internet cover the main essential utilities. However, there are a few other bills you'll want to consider.

Cable is nearly obsolete as there are more streaming alternatives available than ever before. The number of cord-cutters in the US is expected to grow to 40.1 million this year.

If you can’t live without cable, consider what you’re watching. Lower tier packages might suit your needs just fine and can be as cheap as $20.

Average cable bills are around $50 a month, and adding on the extras can put you in the $70-$80 range. The top-tier packages could put you over $100 a month.

Let's face it. You've probably ditched cable TV for a variety of services years ago. These services offer a ton of variety and often have full seasons of shows that you may watch on cable. Better yet, all these streaming services have costs under $18 a month. Here's a look at some popular streaming service options:

Also, look into bundle packages. Many cable providers offer discounts when you bundle different services including internet and cell phone service. If you’re having a great experience with your provider, then switching all your services to a single provider can help you maximize your savings.

According to the most recent data from the Bureau of Labor Statistics, the average American spends $94 a month on their cell phone bill. This translates to $1,128 a year, which is around the price of most smartphones these days. Most families don't use landline phones anymore, so we've only included data for cell phone plans.

Generally, cell phone bills include the cost of the rented or leased device, carrier service, taxes, fees, and the cost of any add-ons you may have.

Your phone bill can be pricey, so here are a few of our favorite tips on cutting back that cost.

For most renters, your trash collection will not be a part of your total apartment utilities bill. The fee is commonly bundled in with the price of rent or the owner may pay the bill out of pocket. If you'll be in charge. of the trash collection bill, here's what you should know.

Trash rates are typically determined by local-level governments or private waste collection companies. As a result, the amount you'll pay for waste collection is essentially a roll of the dice.

For example, Sunnyvale, California residents pay a set garbage collection fee based on their resident type and the size of their cart. A multifamily unit with a large cart must pay a monthly fee set at $115.68. Those in Athens County, Georgia must pay $37.60 a month for a large 64-gallon cart.

Moving from One State to Another: The Difference in Utilities Costs

If you’re thinking of moving from one state to another, learning about the difference in apartment utilities cost can help you in designing your budget. We’ve created this calculator to help you get an idea of average utility prices in different states.